My aging router has been causing trouble for a few months now and it was time to upgrade it. I tried a couple of routers and thought I should do a quick review comparing them in case it helps some one because at the time I was taking the decision, there wasn't a good comparison between the two. So the story begins about 6 months ago when my old TP-Link TL-WR740N router was evicting devices, or not letting new devices connect after a certain number of devices have connected. I don't know the maximum number of connections it can handle, but I think anything beyond 12 devices is giving it the fits.

I have at least 10 devices (TV, Music System, Chromecast, Media Center PC, 2 phones, 1 tablet, 2 laptops and 3 home automation systems) that are almost always connected to the router. My router does not have seem to have much trouble in this happy state. Whenever my parents visit us, the count goes up by at least 3 more devices (2 phones, 1 tablet, 1 laptop). At this point, the router refuses to accept new devices. And it needs a reboot every now and then, otherwise the internet stops working. The issue became so severe that I setup a cronjob on my always on media center PC to reboot the router every morning at 6 am.

Another problem was coverage. The signal has difficulty piercing walls. I live in a duplex house, and I would like the signal to be available in the ground floor, first floor and the terrace. For this reason I installed the router right in the middle of first floor hoping it will reach both ground floor and terrace. Unfortunately these was no such luck. The signal only worked on the first floor (see coverage below), and even then had difficulty in the far corners like balcony. I had to use another old router as a repeater for the ground floor. The signal on the terrace was available in some small area. Anything below -80 dB is completely useless and anything below -70 dB gives poor network transfers. 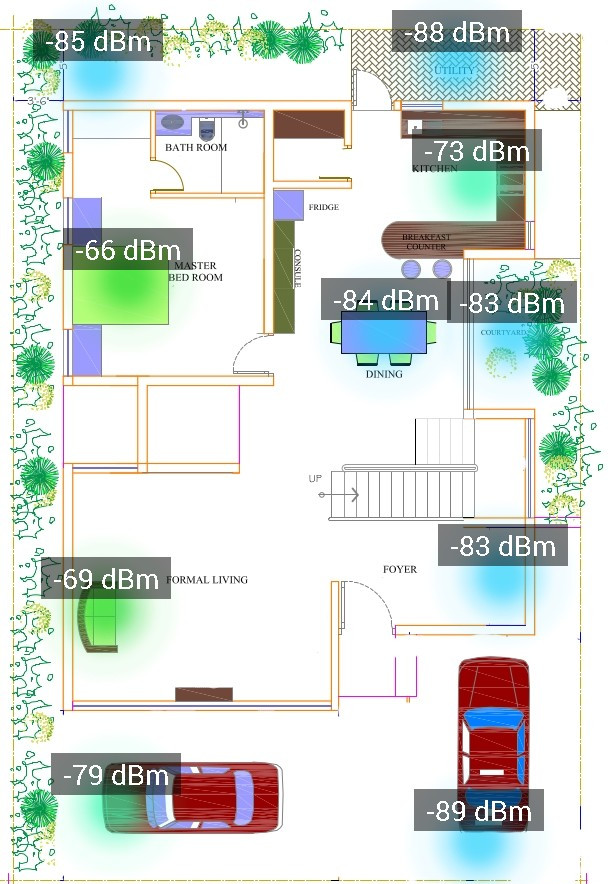 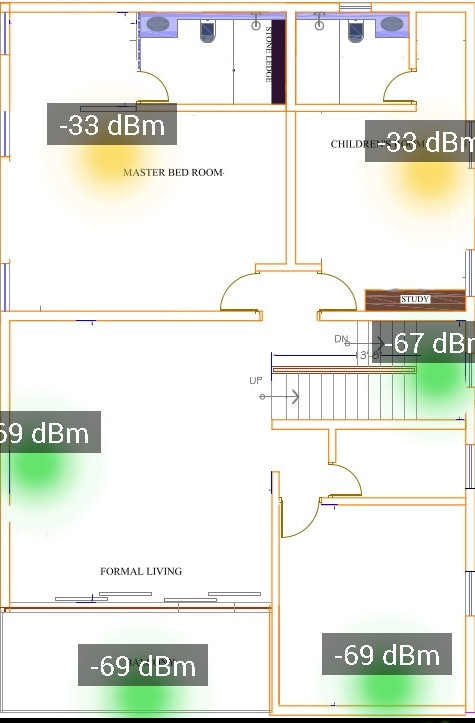 I finally decided it was time to upgrade. And the requirements are quite simple, the router should

I did not have a budget in mind, but at the same time did not want to go overboard. I don't play video games that require low latency, high bandwidth routers. After browsing for a few routers and reading a lot of reviews I finally shortlisted Asus RT-AC58U router and Tenda AC10. They both met all my requirements. While Tenda AC10 is supposed to have better wifi range and is cheaper, Asus RT-AC58U has better reviews from critics. Moreover, Tenda is a Chinese product, so you know :) . But the main reason I went with Asus (even though it costs twice as much as Tenda) is because it has a USB 3.0 port with Samba support. I was hoping I can finally hand off NAS tasks to the router and shutdown my always on Media Center PC.

You see, my current setup has a media center PC connected to router via ethernet which provides NAS like capabilities while also supporting media center features for my TV and 5.1.2 speaker setup. It has a USB 3.0 port to which a 8TB external drive is connected. While it draws only 13 Watts of power on average, if the router itself can connect to the external drive and support Samba, I can turn off the media center when not it use. With that thought I went ahead and purchased Asus RT-AC58U from Amazon. The router arrived the next day (talk about fast shipping!).

I started the setup immediately. The router looks clean and comes with a power supply, ethernet cable, warranty and CD-ROM! Who uses CDs anymore? Anyway, the setup was quite simple, I just had to change the router password, plugin my PPPoE username and password, name the network and secure it with a password. As simple as that.

It did not have any problems handling all the devices that connected to it. I ran some speed tests and the router was indeed so much more faster than my old one. The gigabit ethernet transfers were super fast too. Next, I decided to check the coverage. On the first floor where the router was sitting, I was getting a solid -26 db to -52db. The router was covering all of my terrace similar to the coverage on the ground floor. Here are the results for the ground floor. 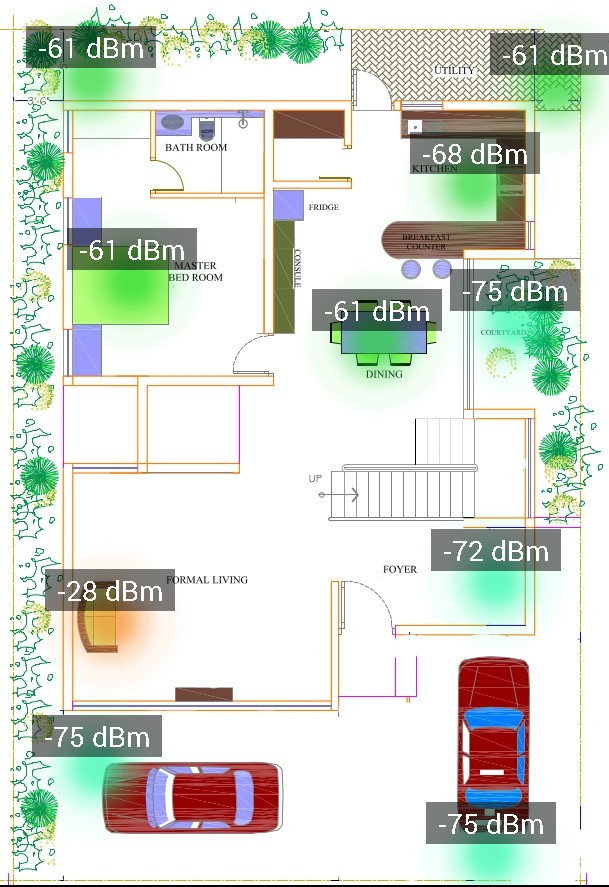 The -28 dB strength in the living room was a wrong reading because I did not wait long enough for the wifi interface to detect the change in signal as I came downstairs from first floor. Later reading gave a -68 dB. All my devices were working pretty well with the signal they were receiving all around the house. I got rid of my wifi extender. One less thing to worry about, don't you think? Well not so fast. I decided to return the router after using it for just 2 days. More on that in my next post.

My Search for an Ideal Phone