Just wanted to do a quick post on my experience renewing passport in Bangalore. May be this will help someone. So the story goes like this -- my passport is about to expire in 10 months and my daughter's is expiring in 4 months. We thought it might be a good time to start the renewal process not knowing how long it will take to renew. While my passport renewal could wait, I wanted to finish it along with my daughter in one go, instead of wasting time again for my passport renewal. Created a couple of accounts (one for myself and one for my daughter) on passportindia.gov.in.

Appointment was at 11:30 am for both of us. Took the appointment letter, photocopies and originals of all supporting documents. Aadhaar card sufficed for both of us. Arrived at Passport Seva Kendra, Marathahalli by 11:00 am. Was in line for about 30 mins before reaching the front desk. They check the documents and send you back for more documents or photocopies as required. I took print outs of scanned copies of my documents. They did not like it. Asked me to take photocopies of the original. Fortunately there is a photo copier in the same room, so got the copies. Stood in the line again and got to the front desk. They checked the documents and gave us a token. By now it is already 12.

Went into the waiting room to be called into counter A. The waiting room has chairs to sit, a small food stall and a restroom. The food stall serves chips, coffee, pastries and sandwiches. The waiting room is not big enough to handle all the visitors and a lot of people were standing including me. You have to wait your turn. The current token numbers being processed are shown on a TV, so you just keep track of it. There will be announcements if you don't visit the counter even after your token number is displayed on screen. Counter A has most number of people working in small cubicles, and so the processing happens very quickly although they have to do a lot of heavy lifting so that the other counters can move quickly.

My number came quickly, may be in about 15 mins or so. In counter A, the person is very courteous. In fact, everyone working in counter A are, because they are not government employees, and have not turned bitter yet. They will check to make sure all the documents are in order and then scan all of them. They will also take a photo, so you don't have have to carry any photos. You will be asked if you want SMS services and a leather cover for the passport. I approved SMS and denied leather cover. Paid Rs. 50 for SMS and was done with counter A. It took no more than 10 mins there. Then it was my daughter's turn. Same process.

The waiting game starts now. Counter B moves extremely slowly and there are only 4 counters if I recall correctly. These guys are slow as heck. It was already 1 pm and the security guard was muttering about lunch break. Well that does it. The numbers were rolling out even more slowly as some of the counters are closed for lunch. No food is allowed into the passport office, so we had to buy something in the food stall. The wait was extremely tiring. Fortunately we found some chairs to sit. Eventually, around 2:45 pm, my number was displayed on the screen.

Went over to the officer and handed over the documents. He being a government officer has to throw the papers around on this table to exhibit his power over the puny mortals (although we call them public servants, they don't have any intention to serve the public). Let out a gruff and asked for my aadhaar card. He looks at it, then asks if I have any other proof. I didn't carry anything else. He says aadhaar won't work. I did not understand what to do, but waited silently. Then he said -- "ask someone in counter A to scan the aadhaar card again". He threw the documents towards me. I went over to some empty counter A cubicle, got my application updated with a new scan and went back to him. He looks again at his computer and my documents and writes "exit" on my application. Done! In all it took 2 mins for him to do his work for which he takes salary funded by the taxes paid by people like us. 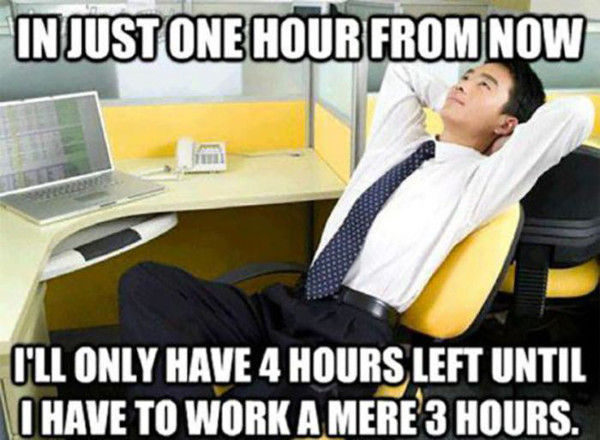 How a government employee does work (source)

Within 10 mins it was my daughter's turn at another cubicle with a different officer. He checks everything, and writes "Counter C". Not "exit". Ah another wait! Not sure how they decide whether to send a person to Counter C or exit. So we went to counter C and sat there. There were lots of parents with kids. I guess all (or some) kids will have to visit counter C. It was noisy with kids shouting and crying and generally being very restless. Even my kid was getting very restless. She was sitting and doing nothing since 11 in the morning till 4 pm when our token finally showed up. The officer checked everything and said we can exit. Took about 2 mins. On the way out, we were forced to submit feedback. I filled out two forms and out we go. Lost 5 hours that day, doing nothing but waiting.

Within a few minutes of our exit I got two SMSes. One for my daughter, and one for me. My daughter's one read "File No. ##1 is granted", and for me it read "File No. ##2 is escalated to RPO". In another minute I got another SMS which read "File No. ##1 has been granted on No Police Verification basis". So it seems my daughter's passport is granted without a police verification, but mine will need one (since my address has changed). And in 45 minutes, another SMS -- "Passport printing initiated for your File No. ##1". Sweet! This is the best news for the whole day. The very next day I got a SMS with "Passport printed for your File No. ##1". And two days after that this SMS arrived -- "##1: Passport No. ### dispatched on 04/03/2019. The next day my daughter's passport arrived. In all it took 5 days from appointment to receiving the passport. My passport will have to wait.

Loitered around asking about my work, how much I get paid and just random questions. I understood what he wanted, so I asked him straight forward -- "what is your fees". He said Rs. 10,000 with a sly smile. I smiled back and handed a crisp Rs. 500 note. He looked at the house, looked up and down at me and murmured -- "this is too less". So I took out a Rs. 200 note and handed it over. He still muttered about it being too less, but put the money in his pocket. I stood there silently. He made some calls, looked at his tablet and after about 5 minutes of loitering around, he finally said -- "Thank you. Do keep my number in case you need it for something." and he left. That left me wondering if he will give a bad report and cause delays to my passport.

My fears were unfounded though, because 4 days after he left, I got this SMS -- "##2: Police has submitted Clear report for your Current Address". Soon another SMS -- "Passport printing initiated for your File No. ##2". Phew! After that, I received SMSes similar to how I received earlier for my daughter and I finally got the passport on April 26. The whole ordeal took 2 months (57 days to be precise) since my appointment and more than 3 months (95 days) since filling my application. Anyway, I don't have to worry about passport renewal for another 10 years now :)