The last few months have been quite busy for me. I was so busy that I could not allocate any time to write new posts on my blog. Multiple things were happening which were more exciting and interesting. In between I had a bad shoulder injury which put me completely out of commission for a good one month. It has been more than 2 months and I am still recovering. Meanwhile other events demanded my attention so the frequency of my posts have gone down from two per week to just one. If things ever normalize I will go back to my previous cadence. While there were a bunch of interesting events that took place, here are a couple of them related to mobile phones.

First, my mom’s phone dropped from her hand and had a cracked screen. This is a new phone less than 9 months old. She had a phone case when it dropped, yet it could not survive :(. Thankfully, the phone was working fine, just that one corner had shattered a bit. Initially, I wanted to repair the phone myself. I checked out some videos on how to repair, but later decided against it. For one, the cost of the LCD screen itself was Rs. 6000 and then I need all the tools to repair it. At that price I might as well buy a new phone instead.

Then another problem. My phone started to show its age too. I never use a case, so my phone takes quite a beating. While it fell multiple times from a short height, the screen never cracked. There are a few scratches but nothing else. However, as the time was passing, the screen started to peel off its chassis. Not sure if that was because of rough use or heat or what. It looks as if the glue that sticks the phone and chassis is drying up. I watched some videos on how to stick the screen back and it looked like an easy process. The cost of the whole operation would be Rs. 500. Thats nice! Only problem is that I will not have much use of the glue that I would purchase to stick it. 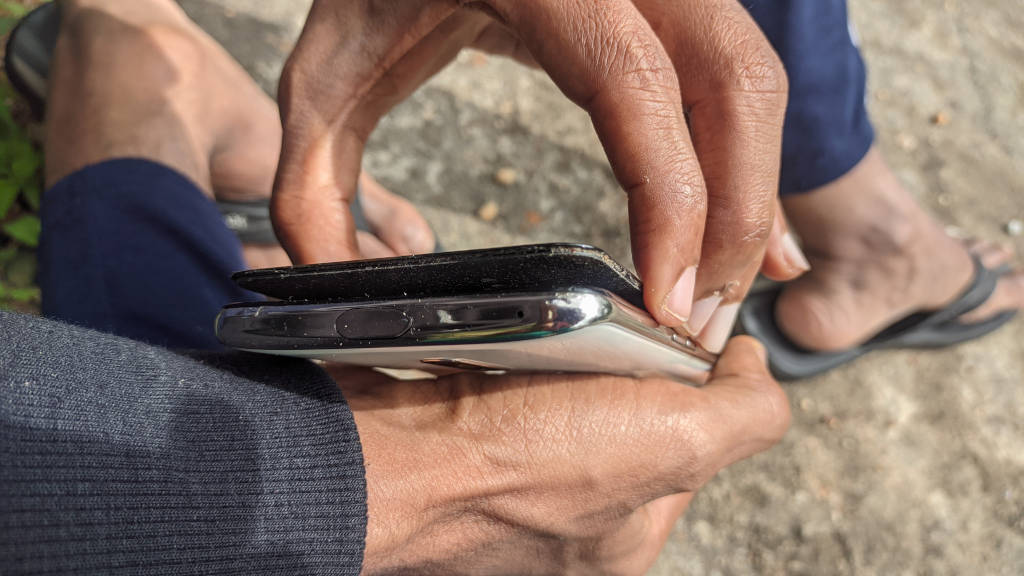 The back paint peeled off from the inside

While I was still contemplating fixing it, my phone dropped from my pocked from a very low height of less than 1 foot and unfortunately this time it had a minor hairline crack :(. Perhaps the gap in the screen reduced its integrity and it cracked. Then I thought if a local phone shop fellow can stick the screen for less than Rs. 500, it might save me time and wasting the glue. Bad idea! One guy said he can stick it for Rs. 200, but suggested that I change the screen. His argument was that the screen will crack completely if it falls one more time. The cost of installing a new screen was supposed to be Rs. 1800 after much negotiation.

I thought about it back and forth many times. On the one hand I could have it glued for Rs. 200 and then buy a new phone on exchange. It has been 3 years since I purchased my phone and it is due for an upgrade anyway according to my budget planning. I had my eye on that Moto g52 for some time now. In exchange, my phone should fetch Rs. 7000 (according to Flipkart), bringing down the effective cost of the new phone to Rs. 7000. Even if I don’t get the Rs. 7000 exchange price due to the hairline crack, it will still be something.

Then greed took over. What if I replaced the screen and I can get the full Rs. 7000 exchange price? Again bad idea :). I asked the repair fellow to replace the screen and he made a mess of it. He did not install a new LCD screen. All he did was remove the glass and glued another one. Even that he did not do a good job. He left 3 bubbles on the front and you can see patches of glue if you hold the phone in certain angles when the screen is off. Then he completely destroyed the paint job on the back of the phone. He said that the bubbles would go away in time, which they did after about a week or so. 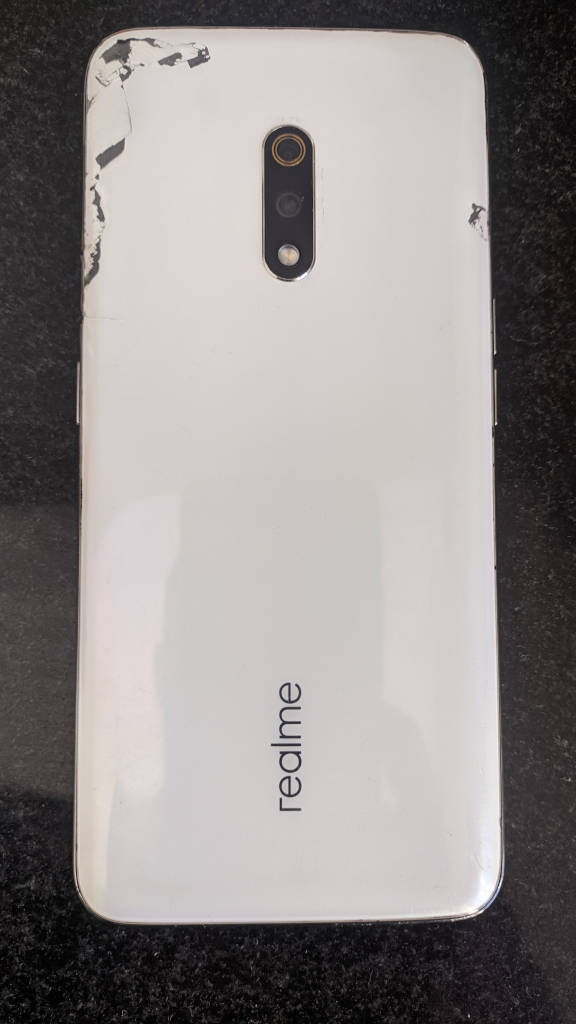 The back paint peeled off from the inside

At this point, the exchange would not even fetch what I would get with a hairline cracked screen. That means I will have to continue using the phone for a couple more years to repent my sin (greed). I decided to invest in a phone cover and use the phone carefully. Lesson learned. For those of you reading this post, please go to a proper service center and get your phone fixed. Not the local one. I did not go to a proper service center because it was too far. And that kind of laziness cost me more than I bargained for :). Penny wise pound foolish. But look at the bright side – at least I did not contribute to more e-waste. 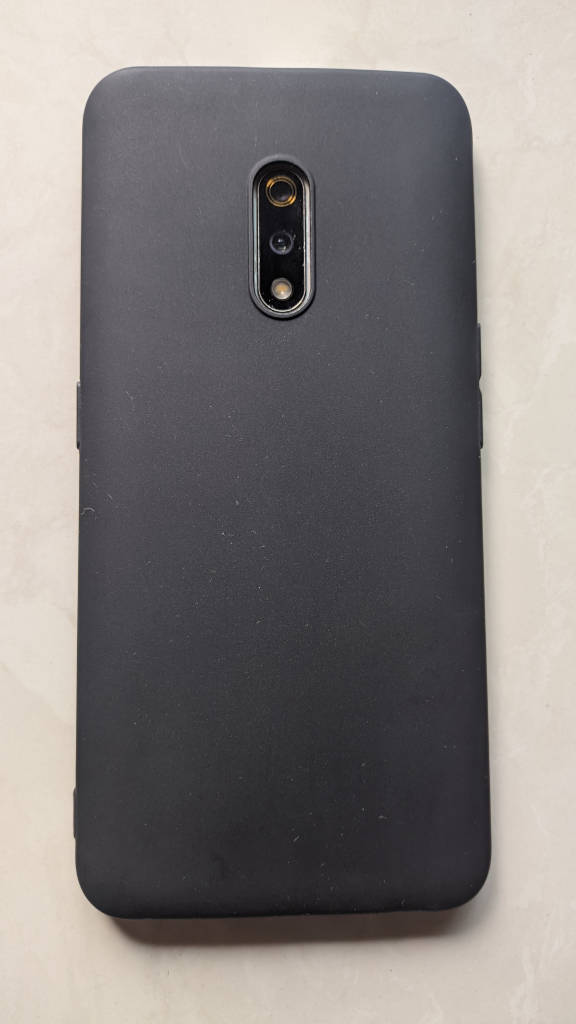 A back cover to hide the mess

Anyway, to tell you the truth, I loved this phone very much. So it was not a bad idea to continue using it. For one, the battery which is usually the one that fails first (after screen) is still absolutely fantastic. On a full charge I can manage to go through 2 days even though the battery is 3 years old. Although I rarely ever charge my phone to 100%. Usually I leave the smart charging on, so the device generally charges to around 70-80% every night and I am left with 30-40% by the end of the day. On top of that, none of the phones being launched these days have pop-up front camera. And I don’t like the hole punch or other ways they butcher the screen to have an opening for front camera. I rarely use the front camera and I rather have a spotless screen. So I did not have to say good-bye to my phone yet.