I tried to fix an old android tablet and I failed. If you recall, a few posts ago, I mentioned how I failed to repair my TV. Later I figured out the issue and eventually was able to fix it. I hope the same can happen with the tablet. But as of now, after many attempts to recover it, I was unable to bring it back to life. It was working fine until the battery has gone bad and the device would not turn on without a battery. A few weeks ago, the battery of this cheap android tablet bulged like a balloon. The bulge was so big that the back of the device opened up. In the past, when some of my old android phones had a bulged battery, I could remove the battery and still run it using a USB charger. That does not seem to work with tablets though. 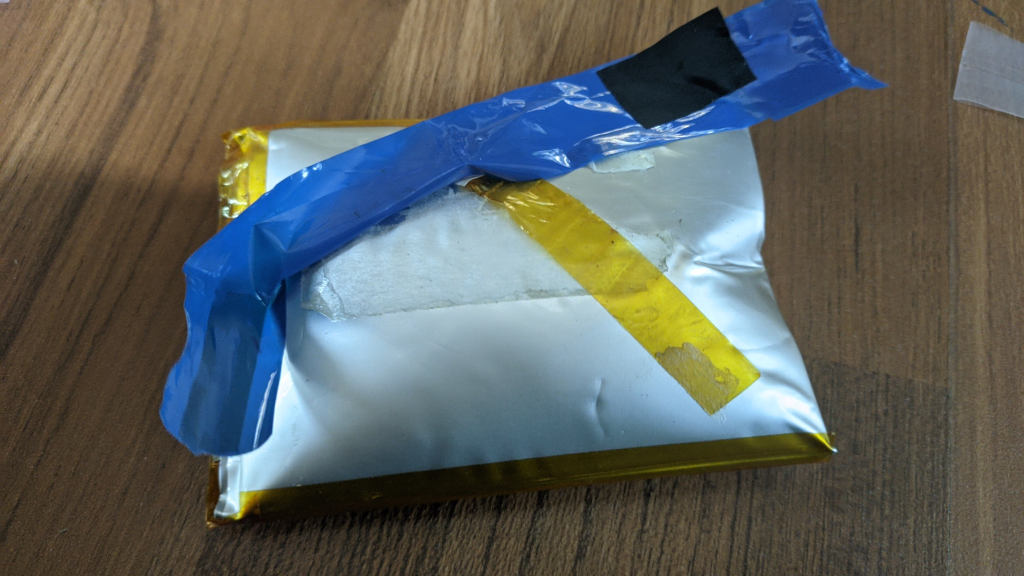 I think the android tablets require a lot more power and without a working battery, the USB charger is unable to source enough power. Anyway, I decided not to buy a replacement battery because it was a cheap and old tablet that I don’t really need. If it works, I can probably find some use for it, but I don’t need to revive it. As usual, I started reading and watching videos on how to get a tablet to turn on using just USB power without a battery. I found a few that suggested that if an external power source is connected to the battery charger controller module, the tablet should turn on. So I opened the battery and pulled out the battery charger module. 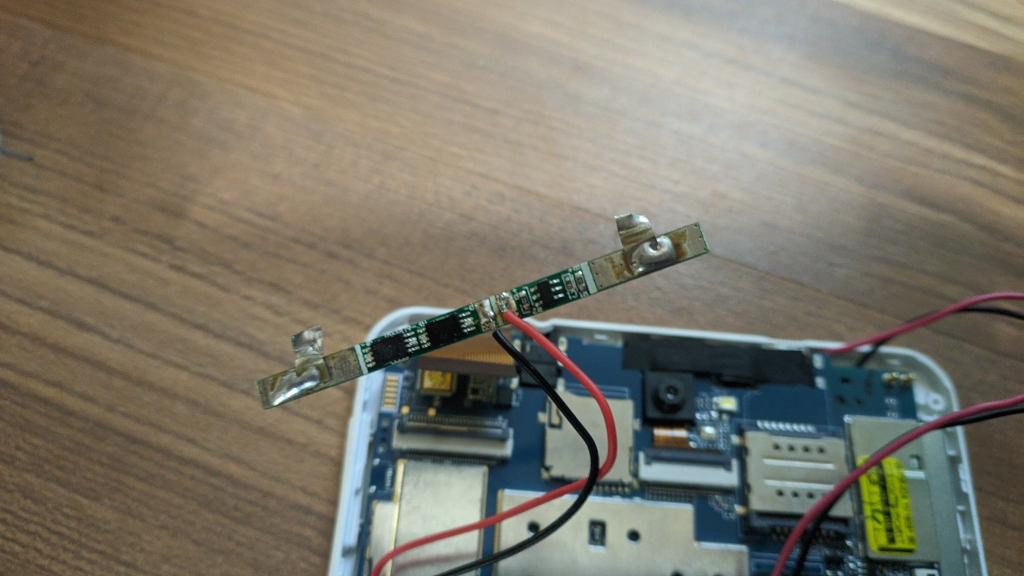 The battery was supposed to be 3.7V, so now I need an external power source that can deliver 3.7V. Unfortunately, I don’t have a bench power. If you recall, I mentioned that I wish I had one of those. This was the reason. Eventually, I decided to give 5V directly from a USB charger instead of 3.7V bench power. The idea was to connect a jumper wire from the USB charging location on the tablet directly to the battery terminals on the battery charger controller module. Unfortunately, this trick did not work and the tablet refused to turn on. 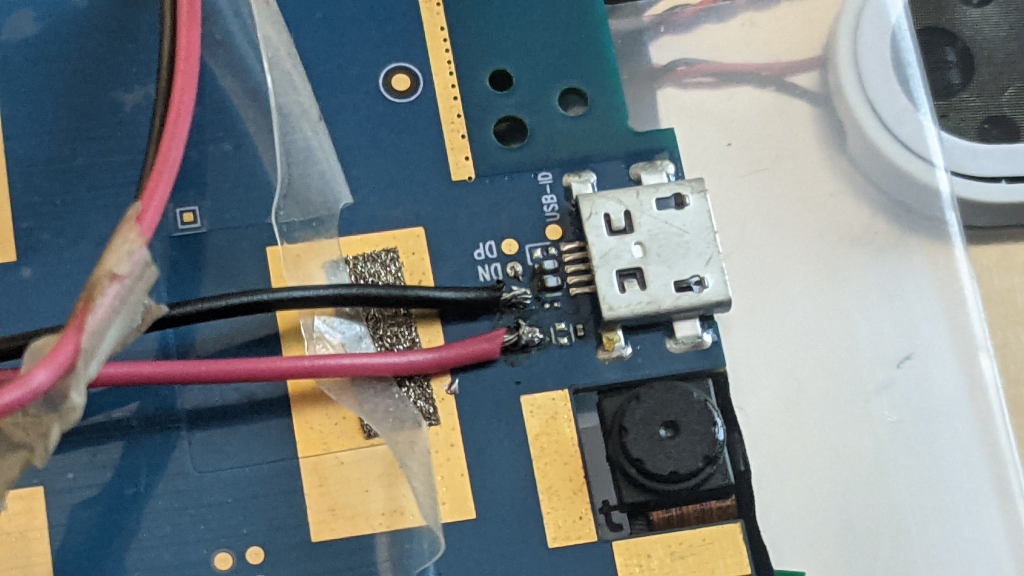 Seems like this tablet is intelligent to know that if the voltage is significantly more that 3.7V on the battery terminals, some protection circuit kicks in and it won’t turn on. At this point I gave up fixing the tablet and hoped to continue when I have a bench power where I can precisely control the voltage and current. As luck would have it, in one of my posts, an anonymous reader left a comment asking me if I ever tried to remove the battery of a tablet and use it via just USB. They even left a youtube link which explained how it should work. Talk about serendipity! The video suggested using a diode to drop the voltage. What a neat idea. Now why didn’t I think of it? So I added a diode between the 5V supply and the battery terminals. 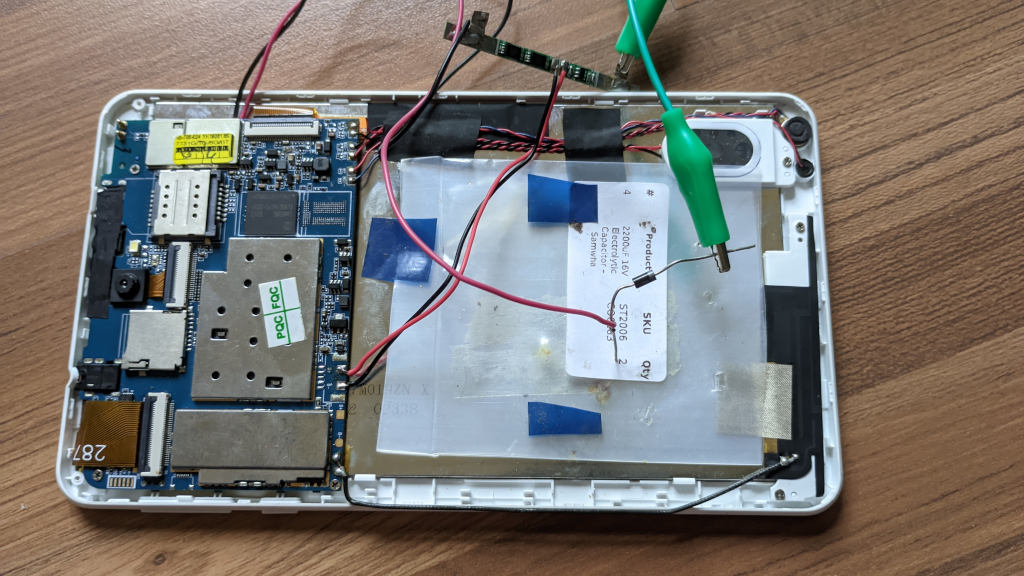 At this point, when I plugged in the USB charging cable, the device actually turned on! It finished the initial boot and showed 100% battery and then turned off. When I pressed the power button, it started to complete the full boot sequence except after booting for a few seconds it would suddenly shutdown. I checked the voltage at the terminals and sure enough, the voltage dropped to 3.2V before the tablet shutdown. So my guess is that the USB charger is unable to deliver enough charge.

Then I connected two different USB chargers, one via the usual USB port and another USB charger was providing current via battery terminals. Still the same problem. So perhaps the charger power may not be the issue. Perhaps the diode is dropping too much voltage when current increases. Since the diode voltage drop increases as the current increases, it may look to the tablet that the battery is depleting very quickly and it shuts down. The diode I used was the one that I had readily available with me, which was IN4001. The voltage drop increases from 0.7 at no load to 1.0V at 2 amps.

Then I added a small capacitor across the terminals to see if it would help with the power delivery. Still no luck. I did not want to add a large capacitor for the fear that the initial power spike may damage the USB charger. At this point, I again gave up and hoping to get back to it if I ever buy a bench power supply. The funny fact (which I later found out) is that the cost of the battery for the tablet is just Rs. 500. So if I was really in a pinch, I will probably order the battery and use it instead spending any amount on something like a bench power, just for repairing the tablet :).

PREVIOUS
Time To Revisit My Expectations?
NEXT
Why I Prefer Not Having A Backup Plan