In one for my earlier posts I mentioned about using an android tablet as a second monitor for my laptop. I wanted to explain how I did that in case anyone is interested, although I am not sure how useful it will be. First of all, let me explain my setup. I almost always use Linux and my current favorite distro is Manjaro. I dual boot to Windows 11 for the occasional gaming fun. On top of using Manjaro Linux I am on the bleeding edge usually. So instead of using X11 I am actually using Wayland as the display server. If I already lost you, then don’t worry. Continue reading because you may still find something useful in here that works for Windows as well as for Linux with X11.

There are several ways to go about turning an android tablet into a second display, but I chose one path. I bought a cheap HDMI dummy plug for my laptop. The “dummy” part about it is that when connected to you computer, it makes your device think that you have attached a second monitor. Then use the usual method relevant to your OS to manage the second display. For example I use wdisplays on my laptop. On Linux with X11 you can use xdisplay. In windows, you can use System > Display > Multiple Displays.

From there configure your dummy display however you want. You can set any resolution you want and change the orientation of the display. You can also change the location of the second display (right of your primary etc). In my case, since I have space only on the left side of my laptop, I set the display to the left of my laptop.

wdisplays settings for my second screen

You will notice that resolution of my android tablet is pretty high at 2560x1600. That resolution is too high for the small screen. To improve readability I used a DPI scale factor of 2 which doubles the font. Also I set the refresh rate as 30 Hz instead of the usual 60 Hz because I did not want to use a lot of bandwidth between the laptop and the tablet. It hurts performance and anyway the tablet is not powerful enough to refresh the screen at 60 Hz. If you have a more powerful tablet, you can try 60 Hz.

Then I connect the tablet to my laptop using a USB cable and run adb -s <device-id> reverse tcp:5900 tcp:5900. This allows the port 5900 to be forwarded from my laptop to the android tablet. Now, all I need is a VNC client on my tablet to connect to the VNC server running on my laptop. The “dummy” display will now be projected on the tablet. I have used bVNC Free and MultiVNC, both are free and open source. Since we are diverting port 5900 from tablet to laptop, you should not be connecting to the laptop’s IP. Instead use localhost (127.0.0.1) of the tablet. 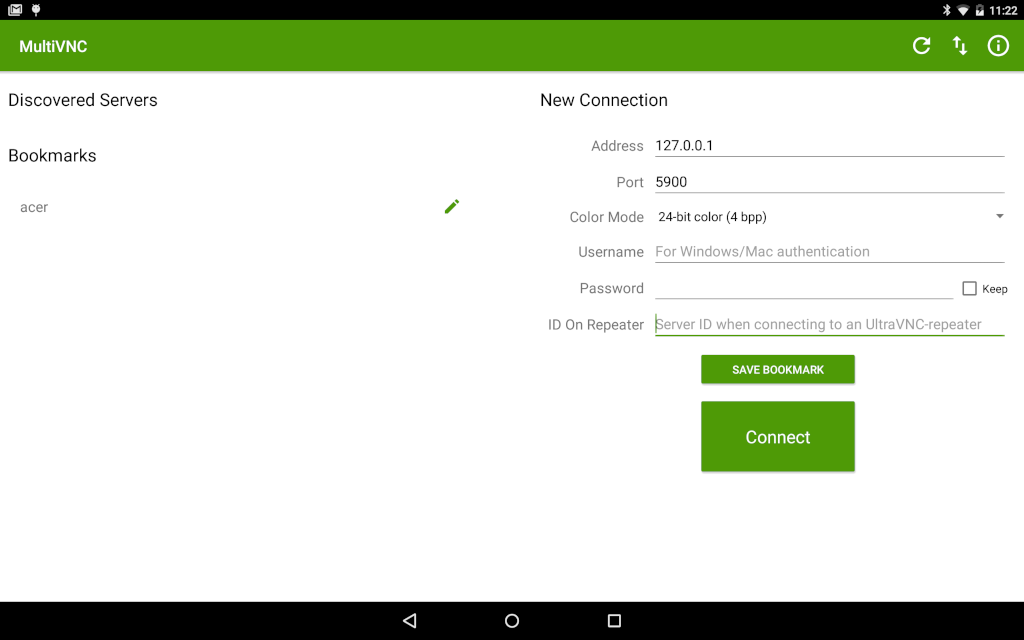 Thats it! As simple as it gets. Now I can use my tablet as a second display. Hopefully I can be more productive from now on. Note that the performance is not that great. There is a lag between the time I move the mouse to the time the screen refreshes. So you cannot do any precise mouse movement related work on the second screen. I use a browser to read some material while I am coding on my primary. I also have a music player on the second display so I can skip songs etc. 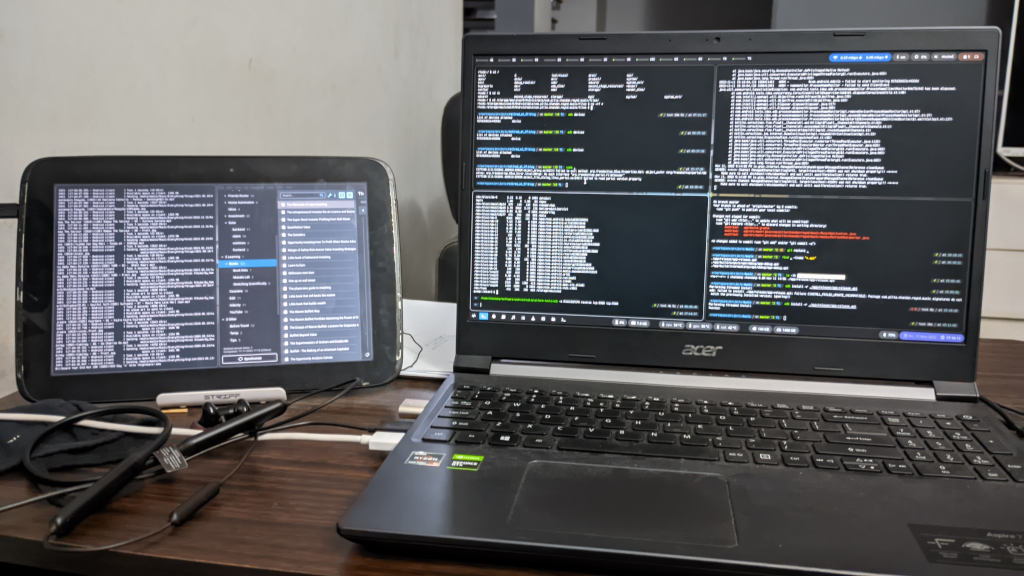 An android tablet as a second monitor for my laptop

PREVIOUS
Vehicle Inflation
NEXT
Personal Finance Is Not Always About Money