You would think that one would learn from past mistakes. But no, not me apparently :). With in a week of the last major electronic equipment blowup, there was another lighting strike blowing up another router. That and more coming up soon. Stay tuned.

If you have read my previous post, you already know about the lightning strike that fried a bunch of my expensive electronic equipment. The electric surge came through my internet service provider cable, burning my router and a few other things. Since it happened during lock-down time, I could not buy a new router. Thankfully though, I had an old router lying around which did the trick. Unfortunately, there was another thunderstorm just a week later and lo and behold, another lightening strike through the internet cable. It fried my old router as well! Talk about lightening striking twice. I did not learn my lesson from my previous encounter.

This time since nothing was connected to the router, it was the only one that went puff. I can't to this day understand why I didn't disconnect the cable going to the router. I disconnected everything else and then attended the rain water harvesting setup. Meanwhile, that happened.

The biggest problem now is that I am left with no other router. The lock-down is extended by another 3 weeks. I cannot go out and buy a router. Last time when the internet service provider offered a router, I declined. Now they said they are out of routers. Not good. And here I am addicted to internet :). The problems of the materialistic world.

If you have the will there's a way

The good news however, is that I have all the ingredients for a router, I just need a recipe. Basically, there is a way to use Raspberry Pi 3 as a router. Raspberry Pi 3 has Ethernet as well as in-built WiFi. So plug-in the internet service provider's cable and run Raspberry Pi 3 as a WiFi access point using the in-built WiFi radio. This has already been done and there are several tutorials on the web. I managed to use my phone's internet to find some of the articles. 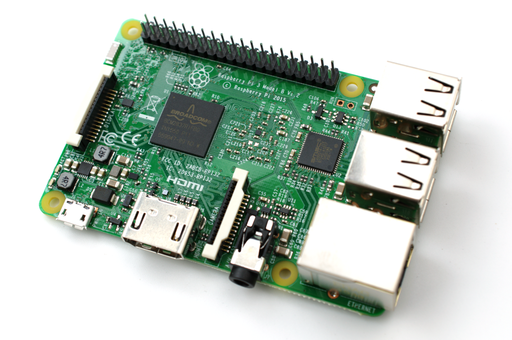 The only problem, I don't have a Raspberry Pi 3. Instead I have an old Raspberry Pi model B lying around. It has Ethernet, but no WiFi. How can it function as a WiFi router if it does not have a WiFi radio? Well, my desktop has a WiFi dongle that plugs into USB. So all I had to do was plugin the USB WiFi dongle into one of the available USB ports on my Raspberry Pi. Then follow the instructions to make it an access point. It was a rather laborious process with lots of trail and error because of driver issues with the WiFi dongle and such. But after a couple of days of intense debugging, I finally managed to make it work. We have a router!

I have learned my lesson. Now I unplug the internet cable in addition to unplugging electric cables :). So far the low lights have been pretty significant for 2020. Have to see what's in store next. The most recent low light is that a person in our layout is tested COVID positive. That place is a stone's throw away and is now sealed off. Some sanitizing and spraying was done all around the layout. Hopefully we don't have to be tested :).

The only silver lining is that the TV did not really die in the first lightening surge. When I plugged in the TV and tried to turn it on with the remote it did not turn on. So I assumed it is dead. After a few days when I was debugging all the fried electronics, I figured out that only one HDMI port burnt. And for some strange reason the IR sensor stopped working. So I could not turn on/off the TV using remote which relied on IR (infrared) signal. However, the remote works on RF (radio frequency) for most other functions. So we can manage all functions except for turning on/off the TV, which we now do manually.

Here on every time I want to watch TV, I have to walk up to it, press the power button and then resume with the remote :). Same with turning it off. Sounds like my childhood days, except there was only one channel to watch. So never had to fiddle with any other controls except for turning on the TV and setting the volume. My daughter cannot even imagine that world! Technology has changed so much.

In the end, I was lucky to have a spare Raspberry Pi, Wifi dongle and enough knowledge to make it into a router. Remember that lightning never strikes the same place twice may not be true ;). That is the story of my adventure with electronics. Whatever happened so far does not compare anything to all the difficulties that many people are facing everyday all around the world. My heartfelt wishes for them to stay strong. In that sense, I am probably in the less than 0.001% of the luckiest people.

One Year Since COVID, Franklin, Sensex And Other Lows