Last time I did a review of my electricity bill inflation. Conveniently I was tracking the utility bills since 2012 so I had enough data. That got me thinking. May be I can find other expenses for which I have long enough data to calculate inflation. Remember, inflation is different for different products. For example, your food inflation will be different from your medical bill inflation, or electricity bill inflation etc. So you will need to find the inflation for each category of expenses. Since I recently purchased a laptop, I thought if I can dig up some old bills, may be I can calculate my laptop expenses inflation. Which is exactly what this post is all about.

Now you have to remember that I was in the US during my late education life and my early work life. So most of the early bills are in US dollars. Later when I moved to India, I still purchased one laptop in the US and brought it home. Only the latest one is from India. Since most electronics are more expensive in India than US (for the same technology, features and components), the last expense may not be a value for money purchase. Anyway lets get straight to it.

The very first laptop I purchased was in 2003. It was a Toshiba Satellite A15 laptop with some variant of Intel Celeron processor with 256 MB RAM. I don’t remember the exact price and there is no invoice in my email because it was not an online purchase. I would think it was $700. I bought it on a thanksgiving sale. I was still doing my MS at the time, so it was a big purchase for a guy paying university fees using research assistantship money.

The second laptop like the first one is also very special because I purchased it soon after I got my first job. It was a Dell Inspiron 9300 with an Intel Pentium M processor and 512 MB RAM! Can you believe that a laptop could run on such scarce resources? Now even with 16 GB RAM my laptop can barely keep its head above water when compiling large programs. The price of this laptop was $1484! This was also my first gaming laptop because it came with a 256MB Nvidia GeForce Go 6800 graphics card. I used to play some old games of the time – Age of Empires II, Need For Speed: Most Wanted, Command & Conquer: Red Alert 2 and such.

By this time, I was earning well and tasted the freedom that money can give you. It was not even 1.5 years since my last purchase, but I went for yet another gaming laptop. At the time, the thought process was to buy a laptop every 2 years, but somehow I could not hold myself. This time it was a Dell Inspiron E1705 with an Intel Core 2 Duo and 1 GB RAM. Now do you know why I was in a hurry to buy this laptop? No? Well it was the first time there were 2 cores in a CPU available for consumers and that too on a laptop! The price was a hefty $1530. Again it was a gaming laptop with 256MB Nvidia GeForce Go 7900 GS graphics card.

You must be wondering why I have such a huge gap between the last laptop and this one. Well, I built myself a desktop sometime between Sep 2006 and Jun 2009. Since I am only covering laptop inflation, I will leave that story out. This time I went all out with my gaming laptop. I got myself a custom build laptop – Sager 9280. The specialty of this laptop is that it came with a desktop class processor in a laptop! It came with Intel Core i7-920 Quad core processor. Just imagine 4 cores and 8 threads more than 10 years ago! It would rip through the compiles of Gentoo like butter. Moreover it came with 3 GB RAM in triple channel. Here I am in 2021 sitting on a 6 core, 12 thread laptop with just dual channel memory.

The laptop had a lot of other bells and whistles too including a powerful (at the time) nVidia GeForce GTX 280M Graphics Card with 1GB dedicated RAM. The cost of the laptop was $2261. I enjoyed playing Starcraft II like crazy on it. After this point I moved to India in Jan 2011. And you know my story of turning into a minimalist which means I hit the brakes real hard on all kinds of unnecessary purchases.

Sager 9280 is a monster machine

While I was planning my early retirement, I vowed to not spend on anything unnecessary until I reached my retirement corpus goal. My 2009 laptop survived all through this time. I eventually asked a friend to buy me a laptop in the US. He kindly arranged its trip to India with someone travelling to India. This time it was a HP Envy 15t with an Intel Core i7-7500U and 8 GB RAM. This was actually a downgrade from a 4 core CPU (my 2009 laptop) to a 2 core one! And it is also the first time since 2005 that I did not buy a gaming laptop. By now I was stuck at Starcraft II and Age of Empires III era games. Both of which performed fine at low settings on the integrated graphics card. The cost of this laptop was $715.

You know all about this laptop, so I will stop bothering you with the details. It cost me Rs. 51,000. 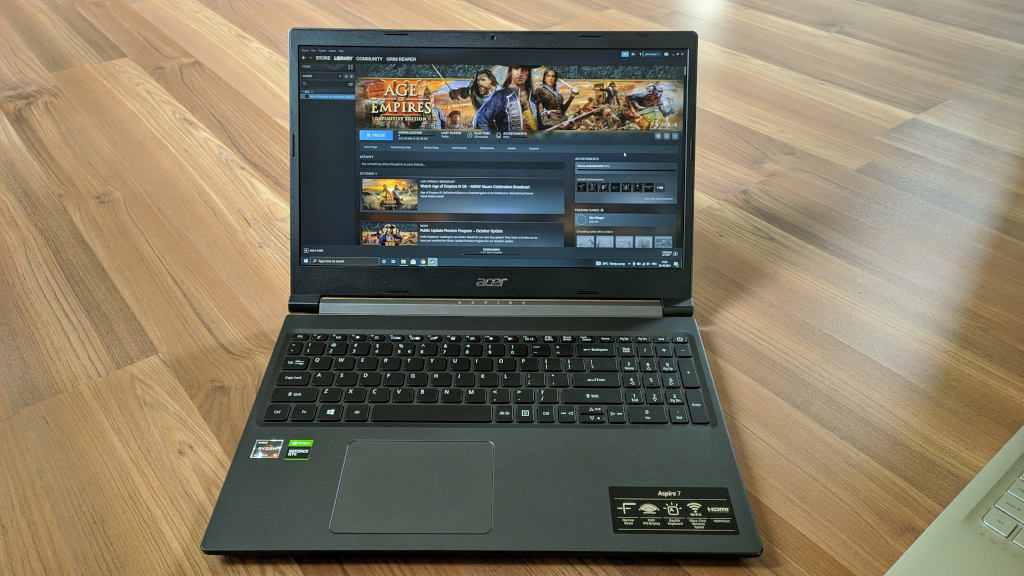 Now for the part that you have been so patiently waiting for. I converted all the US dollar amounts to Indian Rupees equivalents by using the USD-INR conversion rate prevailing at the time.

My spending on laptops increased from engineering days until I slammed against minimalism and then it leveled off at around Rs. 50K per laptop. Which is still a bit much if you ask me, but will have to do for now. You can take a look at the red trend line below and conclude the inflation.

As you can see, the inflation is more like a deflation (negative inflation) as far as laptops are concerned. The reason I mentioned the CPU, GPU and RAM details for each of my laptops above is also to let you know that even as the processing power is improving the price of the laptops (if you exclude the one outlier in 2009) have remained more or less the same.

So it seems like I am trending down or at least keeping the inflation near 0% for my laptop purchases so far. Will have to see how it might change in the future. I am trying to limit the cost to around Rs. 50K for as long as I can. Lets see.

PREVIOUS
What Is Stoicism
NEXT
Virtual Meet-up #7